Josh Beckett, who I identified as one of the five most important Red Sox players heading into this season, has drawn the ire of many Red Sox fans for his arrogance, selfishness and off-the-field shenanigans.  Following what was arguably the best season of his career, during which he posted career bests in ERA, WHIP, H/9, and ERA+, that was marred by a subpar finish (he allowed six earned runs and took the loss against the lowly Baltimore Orioles in both of his final two starts as the sinking Red Sox were fighting for their playoffs lives) one would expect him to be on his best behavior.  You'd think he would be doing everything in his power to repair his damaged reputation, to get back in the fan's good graces, to prove that he learned his lesson from the historic collapse of 2011.  Instead, he's coming off as a huge jerk, and it seems that he couldn't care less about his deteriorating public image.

His PR nightmare has only been compounded by a subpar start...or has it?  People are under the false impression that Beckett hasn't pitched well so far, and a quick glance at his stats seem to confirm this. His 4-4 record (he's received a decision in each of his eight starts) screams pedestrian, and his 4.38 ERA is more than half a run above his 3.85 career mark. His velocity is down and his strikeout rate has dipped to 7.3/9, still solid but the lowest of his career by nearly a full batter.  As it stands his 1.6 HR/9 ratio would tie his 2006 rate, when he served up 36 gopher balls in his American League debut.  All troubling signs for a pitcher on the wrong side of 30 who's been very inconsistent throughout his career.

Truth be told, Beckett's been quite good.  He's thrown six quality starts in his eight appearances, and in such outings he's permitted ten earned runs in 42 and one-third innings (a sparkling 2,13 ERA).  Even more impressively, Beckett has been tagged for just two home runs and boasts a strong 35/12 K/BB rate.  For 75 percent of the season, he's been nothing short of spectacular, but his early season statistics have been skewed by two disastrous outings.  Detroit shelled him in his first outing of the season as Miguel Cabrera, Prince Fielder and Alex Avila blasted five home runs to lead the Tigers to a 10-0 blowout.  Many chalked his poor performance up to early season rust, and he put Boston fans at ease by finishing the month with four consecutive quality starts to end April.

It also bears mentioning that he was the tough luck loser twice during that stretch, settling for the dreaded L next to his name in the box score despite quality starts. On April 18th at Fenway he turned in seven strong innings against the potent Texas Rangers, allowing three runs--two of which came on a Mike Napoli home run during the fourth inning. He walked just one one batter (Ian Kinsler) versus seven strikeouts, more or less matching Derek Holland but leaving on the wrong end of a 3-2 score. Franklin Morales relieved him and promptly blew up; after getting Elvis Andrus to fly out he allowed six consecutive batters to reach base and three runs to score. By the time Matt Albers came to the rescue and extinguished the fire with an inning ending double play, Texas had built a four run lead and put the game away. Boston managed to push one more run across the plate against Joe Nathan in the bottom of the ninth and had runners on the corners when Jarrod Saltalamacchia lined into a game-ending double play. Two starts later, on April 29th in Chicago, he was outdueled by Gavin Floyd. After allowing three runs (two scored on Adam Dunn's dinger) in the first, Beckett settled down and held the White Sox scoreless for the next six frames. He tossed 126 pitches, but had to give way to Scott Atchison when he loaded the bases in the bottom of the seventh (Atchison neutralized the threat by retiring Alex Rios). But Boston's bats failed to back him up with run support, as they scratched just three hits and one run off the trio of Floyd, Addison Reed and Matt Thornton.

But that's when he got in trouble off the field.  He missed his next start with a lat strain and wasn't available to pitch during the 17 inning marathon against the Orioles on April 6th, a game Baltimore won when Bobby Valentine brought in Darnell McDonald to pitch after burning through seven relievers.  When he was questioned about why he didn't make an appearance in the extra-inning affair, he bluntly replied, "Nobody asked me to."  Fair enough, it's not his job, but isn't that the type of situation where you recognize the magnitude of the situation and step up when your team needs you?  Like when Tim Wakefield volunteered for mop-up duty during Game 3 of the 2004 ALCS so Terry Francona could save his bullpen?  Boston had just dropped four in a row and was in danger of getting swept by the Orioles at Fenway, so it would have been nice to salvage a hard-fought win before getting on a plane to Kansas City.

It was then revealed that Beckett had been playing golf two days before his missed start when he should have been resting.  His explanation was that "I spend my off days the way I want to spend them...My off day is my off day."  With the team still struggling his round of golf sparked plenty of controversy amongst the agitated Boston fan base.  Perhaps Beckett just needed a wake-up call, and he got one during his return at Fenway for the series opener with Cleveland on May 10th. The Indians battered Beckett for seven runs and chased him from the game in the third inning.  The Fenway Faithful, understandably disgusted with their All-Star pitcher, unleashed a torrent of boos from the grandstand as he handed the ball to Valentine and disappeared into the dugout.  Since then, he's been excellent.  Beckett blanked the light-hitting Mariners over seven innings in his next start (his 32nd birthday), then proceeded to fire seven and two-thirds of one-run ball in Philly on Sunday, getting the best of Cliff Lee to help Boston take the rubber game of their first interleague series.

As for Beckett's All I'll say is this; I don't care about what Mr. Beckett decides to do on his off days. He's 32 years old, a big boy. He can do whatever he wants, so long as he's not jeopardizing his healthy or performance in any way.  Let's face it; if 85 year old senior citizens can handle 18 rounds without pulling something, then I think a professional athlete doesn't have too much to worry about.  In all honesty I'd rather see him working on his golf swing, getting some exercise and blowing off some steam instead of hanging out with John Lackey and Jon Lester, sitting on his butt eating fried chicken, drinking beer and playing videogames in the clubhouse.

He'll make his next start this Saturday night against Jeremy Hellickson and the Tampa Bay Rays.  Last time out against Tampa, on Friday the 13th back in April, he limited the Rays to five hits and one run in eight innings as the Sox crushed David Price.

Boston has another off day on Thursday, and I have a feeling Josh Beckett won't be playing golf.
Posted by Tyler Maher at 2:35 PM 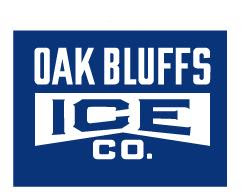